we are aware about this behavior and unfortunately it is a bug appeared in the official 4.10 installer affecting in general the variables list.

However it is just a UI bug and the variable is working correctly if entered manually. We are preparing a patch to fix this annoying bug but in the mean time you can suggest to write the variable manually, e.g. %OCR_ZONE01%, in the field it needs to be entered.

Only in the case the variable would be required also for the combo box  which will not allow to type in text, I suggest you use a workaround to insert another not used server variable (e.g. %USERDEPARTMENT%) and update this variable with a script just before the YOUR connector, example:

Even after restart webserver, all CS services, and server reboot. The variables from process modules dosn't appear in VAR list.

that's strange...are you sure you have done all the steps? did you run the .exe file (double click on the KB000038.exe patch for your platform, x86 or x64.) in the application root folder? 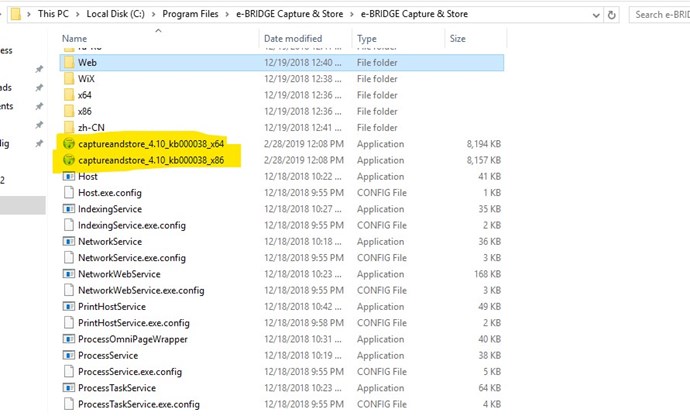 Capture & Store has done the KB installation automatically (this was written in the info menu of the UI) and then the updated icon was displayed in dashboard and the version changed to 4.10.0.0.u038 64bit, so i thought it was ok for the update.

yep and the motivation is all write in the "note" of the post suggested above: "...the patch installer cannot detect the platform automatically..."

Thank you very much Luca :-)